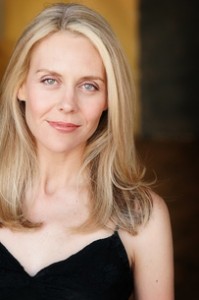 After an early career in dance in her native Australia, a chance meeting with filmmaker, Jane Campion lead to some months auditioning for the role of Kay, in her first feature, SWEETIE, and encouraged Lisa to train as an actor in both London and San Francisco, and most importantly, with acclaimed coach Larry Moss in Los Angeles.

In theater, Lisa produced and directed AMERICAN TEN at the Coast Playhouse, West Hollywood. As Producer/Assoc. Director, Lisa mounted a critically acclaimed production of KING LEAR and was awarded a New Directors Observership by the New York Stage Directors and Choreographers Foundation, which she completed at the Ahmanson Theater, Los Angeles.

Lisa wrote and directed her first short, THE LETTER, as an application piece for the AFI Directing Workshop for Women, starring Annabeth Gish and Kyle Secor, and was a first pick selection. Lisa completed, COMMERCE, as part of her AFI DWW fellowship in 2011.

ERICA MCINTOSH earned a Bachelor’s Degree at California State University Long Beach in Film and Television with an emphasis on Production Management. After graduating, Erica went to work for the CBS series, JAG. In 2004, Erica was sponsored into the Producers Guild of America. She currently sits on the PGA FilmUSA Committee. At the moment, Erica is Co-Producing, ON THE GROUND WITH…, for the 2011PGA Produced By Conference in June at the Disney Studios, CA.

Erica has coordinated and/or supervised projects such as, Mark Burnett’s hybrid-reality show GOLD RUSH, DreamWorks FLUSHED AWAY (VG), WANTED, SMITH, STARTING UNDER with Bernie Mac, THE RICHES , INSIDE THE BOX (for Shonda Rhimes) and KNIGHT RIDER. She was tapped by Patrick Massett (Friday Night Lights) to produce the short film, THE SEER, starring Linda Purl (The Office).

LINDA MONTANTI studied Film at Columbia University in New York. She completed the
DGA/Producer Training Program in New York and then worked as a 2nd Assistant Director for four years before moving to Los Angeles. She has worked as a 1st Assistant Director since then on numerous features, television and commercial productions. Her work has taken her on location to Canada, Australia, and across the U.S. Some of her recent credits include RIGHTEOUS KILL, 88 MINUTES, THE STARTER WIFE, BOOMTOWN, and L.A. CONFIDENTIAL.

DENISE PLEUNE was born and raised in Grand Rapids, Michigan where she got her start in Post Production doing commercials. Denise spent 5 years in Chicago working for Swell Pictures, Inc. and then made the move to Los Angeles in 1995 to work on THE X FILES as Associate Producer. Since then she’s worked on TV Series including MILLENIUM, BUFFY, THE SARAH SILVERMAN PROGRAM, THE RICHES and THE BLACK DONNELLY’S. On the film Adam Sandler’s EIGHT CRAZY NIGHTS she served as Associate Producer and has since served as Co Producer on DILBERT, THE GOOD GUYS and the soon to premiere, EXIT 19.

KATRINA JANKOWSKI graduated from the University of Michigan with a degree in English Literature. She went on to study acting at the American Conservatory Theater in San Francisco, as well as with Larry Moss, Patsy Rodenburg, and Rachael Adler. She co-wrote a feature film, NAIL POLISH, and wrote and directed UROBOROS, a stage play produced in San Francisco. She has also worked in film production in New York, and produced and directed several short films for a corporate client in San Francisco. Katrina
came to Los Angeles in the Spring of 2010 to study acting with Lisa Robertson, and Lisa invited her to participate in the production of COMMERCE. Katrina is currently working on a new screenplay for a feature film.

As the son of an accomplished cinematographer, Sol Negrin ASC, young MICHAEL NEGRIN had the opportunity to visit film sets starting at age eight, and was hooked. The elder Negrin worked on early rock music films such as CONCERT FOR BANGLADESH and John Lennon’s ONE TO ONE stereo simulcast for ABC, which figured heavily in Michael’s start in the music video area. Upon graduating from New York University, he promptly began shooting and producing music promos for Billy Joel, just as MTV was taking off. In 1984-85 he shot several videos for Billy Joel that included Uptown Girl, Tell Her About It and For the Longest Time. Later he photographed Time After Time for Cindy Lauper, which earned an American Music Video Award for Negrin and for the director Eddie Griles.

In 1987, Negrin shot his first feature TOUCH OF A STRANGER, that starred Shelly Winters. In 1993 he shot a Roger Corman feature titled SATURDAY NIGHT SPECIAL as well as photographed his first hour-long documentary/concert special for PBS on Billy Joel. The following year, he traveled to Hong Kong, Amsterdam and Zagreb Croatia to shoot NIGHT WATCH, an action adventure yarn starring Pierce Brosnan. He also photographed the pilot for CHARMED for the WB. THE ATTIC EXPEDITIONS, an indie feature shot by Negrin, screened in Los Angles and received rave reviews from the Los Angeles Times. Negrin shot additional principal photography on the NBC series THE WEST WING as well as the FOX series THE O.C.

A feature shot in New Orleans just before Hurricane Katrina, LOCAL COLOR, opened the Tribeca film Festival and starred Ray Liotta, Armin Mueller Stahl and Ron Pearlman. That was followed by HOMELAND SECURITY, a feature film starring Antonio Banderas and Meg Ryan as well as the Holly Hunter series SAVING GRACE for TNT. In 2008 and 09 Negrin shot LIFE for NBC Universal starring Damian Lewis as well several episodes of DESPERATE HOUSEWIVES. He is currently shooting a new NBC series, THE CAPE, that will air January 2011.

STUART MICHAEL THOMAS is a composer/producer living in Los Angeles. His music can be heard on films such as MICHAEL CLAYTON, GNOMEO & JULIET, SALT, THE GREEN HORNET and the upcoming Tom Hanks film, LARRY CROWNE. In addition, he has co-produced numerous soundtracks with award-winning composer James Newton Howard including: CHARLIE WILSON’S WAR, THE GREAT DEBATORS, and THE TOURIST.

CARTER CARTER is an LA based film and TV editor. He has edited everything from the trashiest celebreality shows to indie features and shorts. He studied art at the Rhode Island School of Design and used to be a competitive snowboarder.